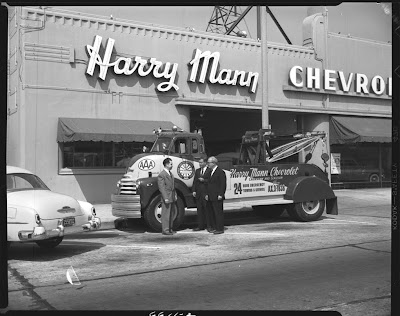 My grandmother lives two blocks from the old Harry Mann location - Slauson & Crenshaw in Los Angeles. They billed themselves as the largest Corvette dealership in the US. There is a high school at that location now.

There was a string of dealerships on Crenshaw between Slauson and Adams - Harry Mann, Crenshaw Ford, Majestic Pontiac, and a Datsun/Nissan dealership are the ones I remember. There was another across the street from Maverick's Flat nightclub at Crenshaw and Stocker - I can't remember what is was though.

Thanks for posting this - haven't thought about Harry Mann in ages.