Larry's insane knuckle first graced the pages of Car Craft Magazine in 1963. Show here with high bars and no seat, this early version is super punk! 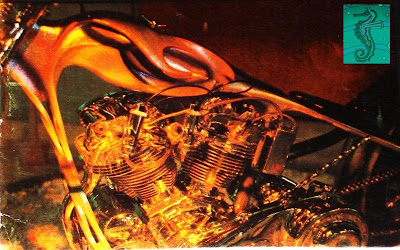 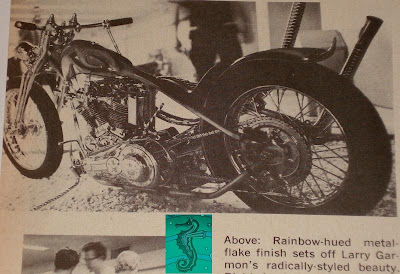 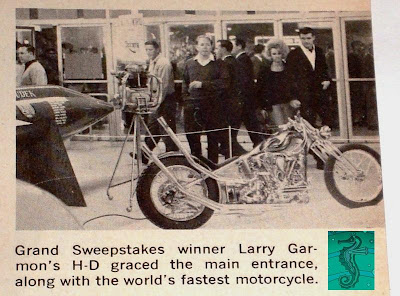 This is the only view of the cam side I've ever seen and its a bad shot! (from 1965 Cycle World Show Issue)

Nice show photo from a 1965 Modern Cycle issue. A Watson paintjob; only the best for this award winner! 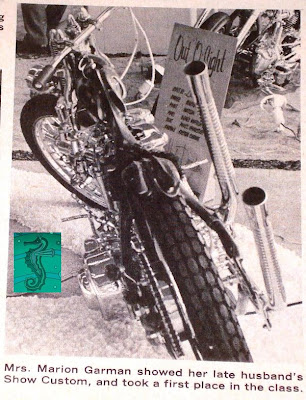 Apparently Garmon died somewhere between '65 - '66 (RIP Larry) but his bike still remains one of my favorite knucklehead customs of all time! (from the 1966 Cycle World Show Issue)
Posted by Stretch at 7:19 PM