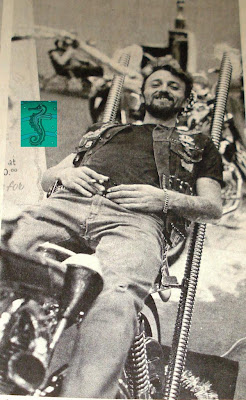 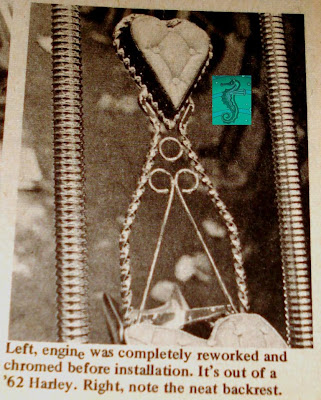 I had no idea the Pep Boys / Mooneyes variety of ripple pipe existed in the late 1960s but these pictures from a 1969 CycleSport Magazine prove I was dead wrong. See photos of John Edward's "Space Kat" Panhead, Larry Howard's "Glittercycle", or Richard of Cal Custom's creations for what I consider to be the "real deal" early 60's ripple!
Posted by Stretch at 8:50 PM

That's "Eddie Spaghetti" from The Aliens MC at the NYC show. There is another story about one of his bikes in a story called "Joe Gutts Tests a Hell's Angels Chopper" on the cover of Science & Mechanics. Is Mel's Dragon Bike also in this Issue & what is the month of it??