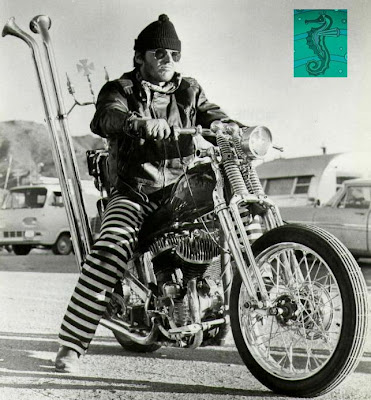 Jack Nicholson on a 45 Harley with insane smokestack pipes with trumpets from "Rebel Rousers." How's that Econoline van hiding behind the pipes? 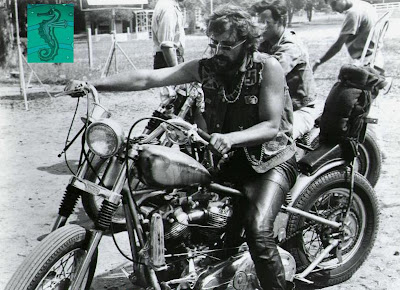 Dennis Hopper on a very cool knucklehead in "Glory Stompers." By the way I'm not hip with the Swasi on Hopper's vest so you're aware. I know that stuff was for shock value anyway but its not cool by me for the record! 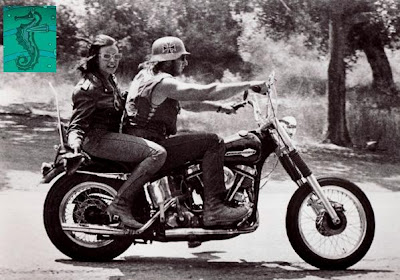 Nice chick on the back from the "Glory Stompers". The photo still comes from Ebay. 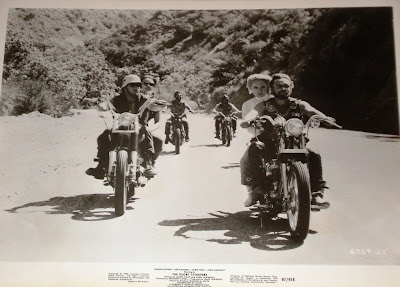 Dennis Hopper riding in the height of style in the "Glory Stompers." This photo still comes from Ebay as well. 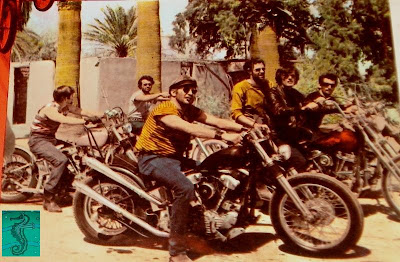