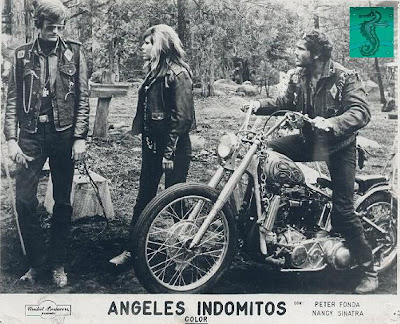 Henry of the Ironhorseman's Knucklehead was featured in the Wild Angels, as shown in this Mexican Lobby Card. The paint appears to be rainbow, similar to Dean Lanza's Quicksilver, and it can be seen in action and in color in the movie. As an interesting side note, the sissy bar has a large dagger sticking upward which was covered in cardboard and duct tape while filming Wild Angels (also visibile in the movie)! 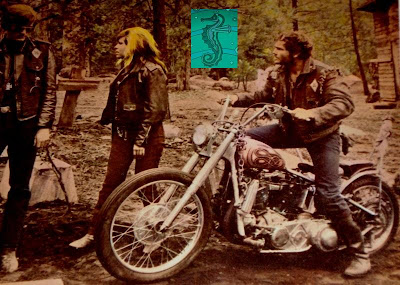 Here's a colorized version from the American lobby card but the bikes colors are all wrong. The covered sissybar is more apparent in this shot though! 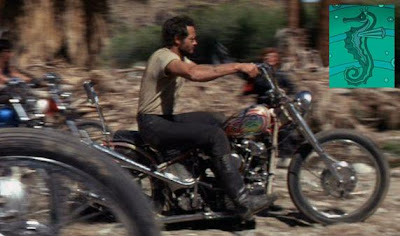 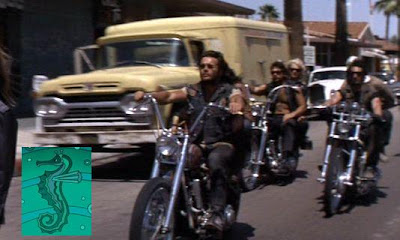 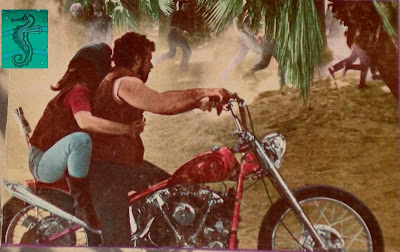 A colorized photo of a Wild Angels shot from the cover of a late 60s Men's magazine! 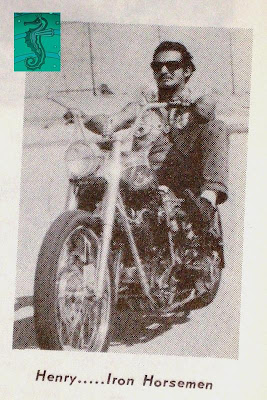 Henry's knuckle was one of the large Roth poster's from the late 60s.
Posted by Stretch at 3:58 PM

Just watched this movie for the first time tonight and was pausing at every chance I could get a clear shot on that knuckle! Thanks for posting pictures of it. I wish I could find more on it