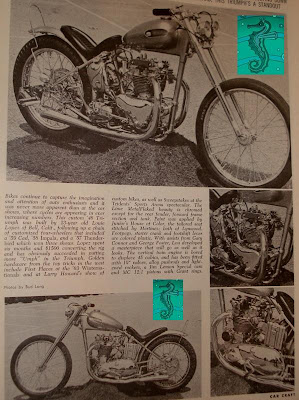 I believe it was this bike that inspired the 1964 Revell Triumph Custom Show Bike Model Kit from the 60s. Both are nearly identical! 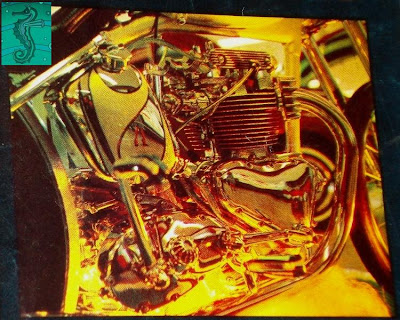 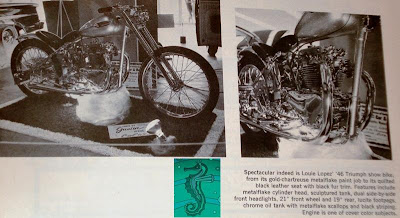 More from the Cycle World article! 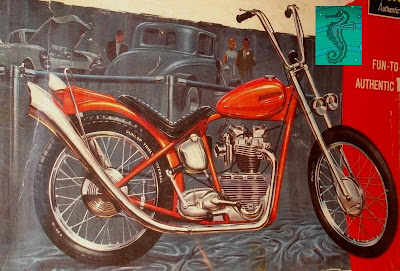 Here's a picture of the kit! 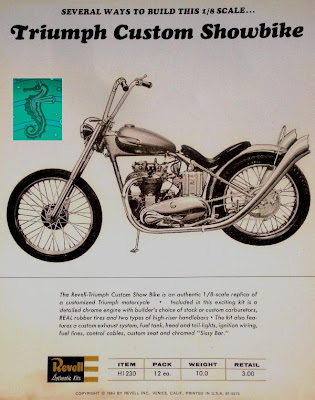 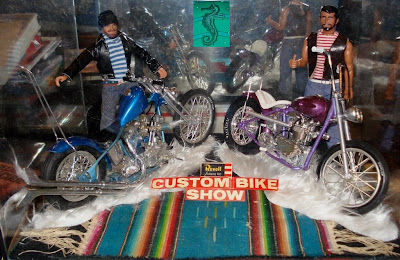 At right is a built version of the triumph kit I did with Fonzie standing directly behind! 16" Firestone drag slick and steering dampener both came from the 1964 Triumph drag bike kit (see below)! 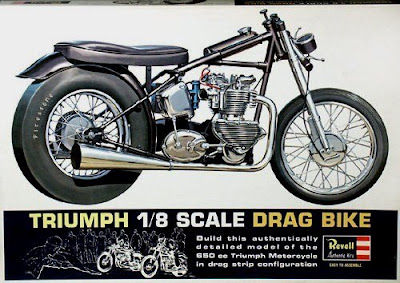 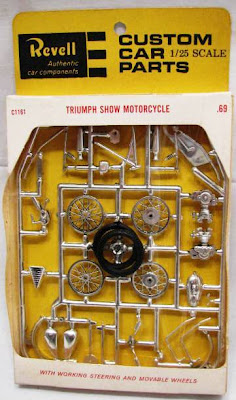 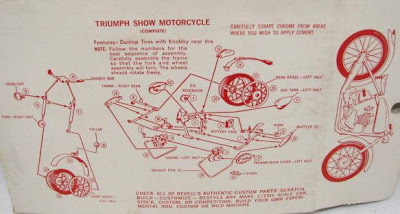 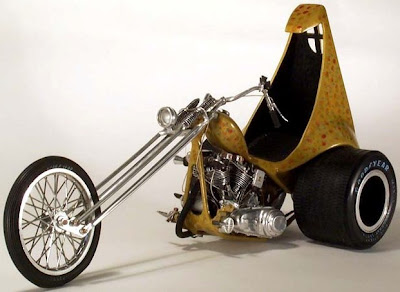 Just for grins, the blue Harley Knucklehead model in the diorama three photos above was built from a Revell LA Street Chopper 1960s kit. The extended springer, shown in Ira Dahm's 1974 "Trion" trike above, was the same one I had to work with though I shortened mine considerably to achieve a stock, deraked stance! 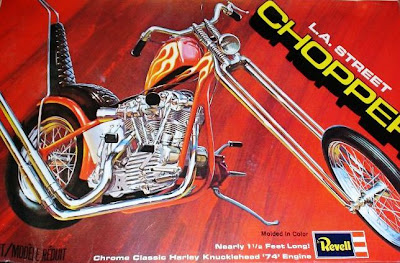 There's the box from the late 60s LA Street Chopper kit!
Posted by Stretch at 2:37 PM