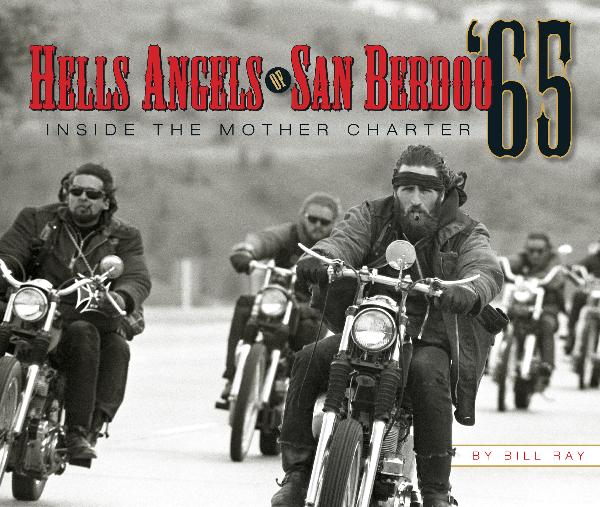 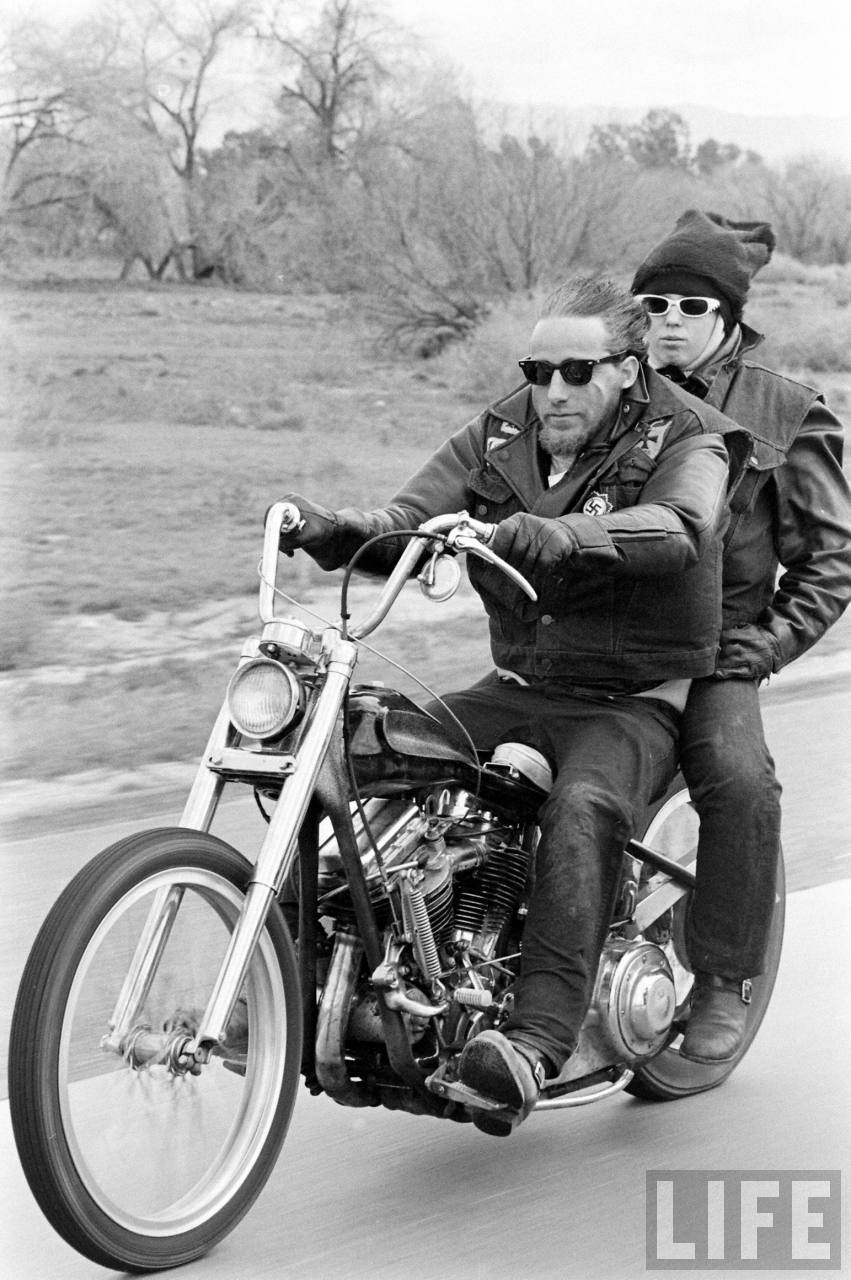 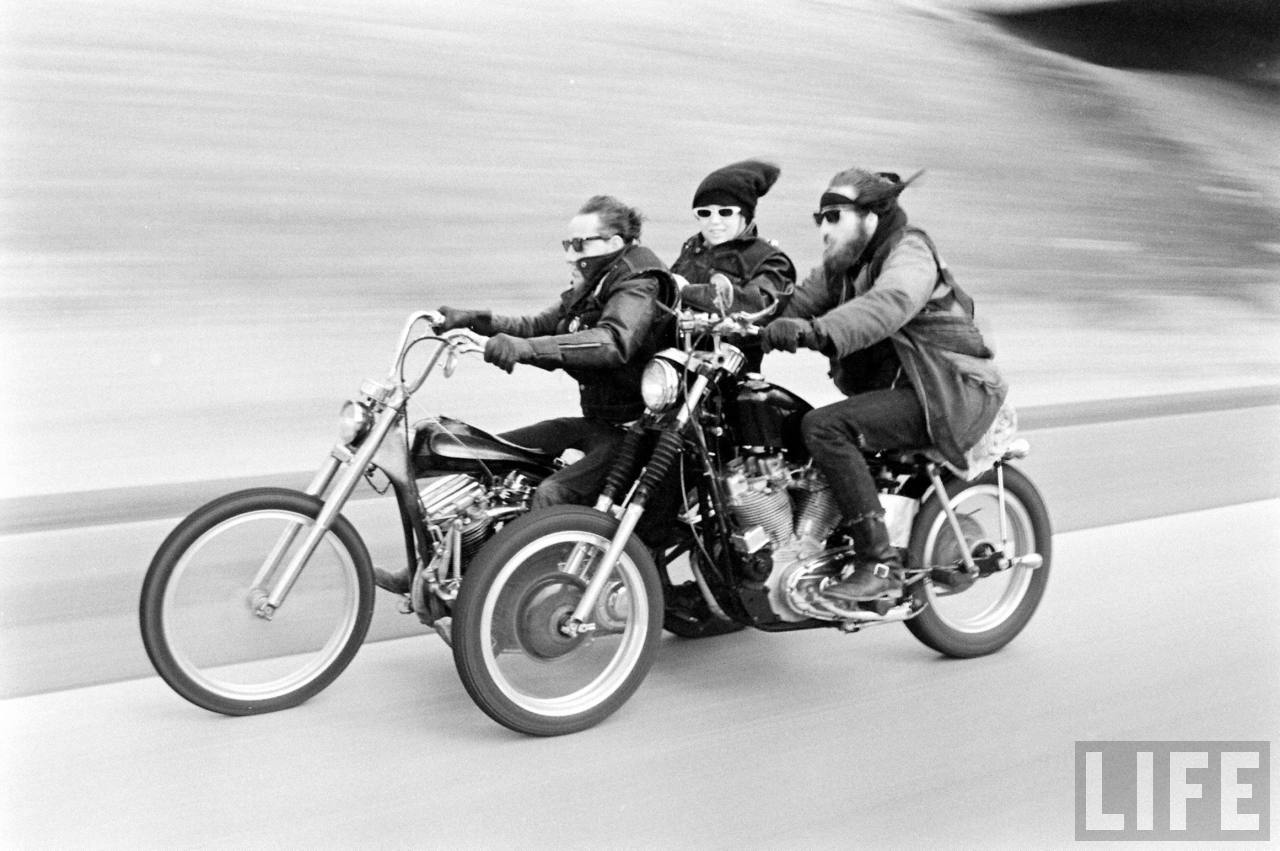 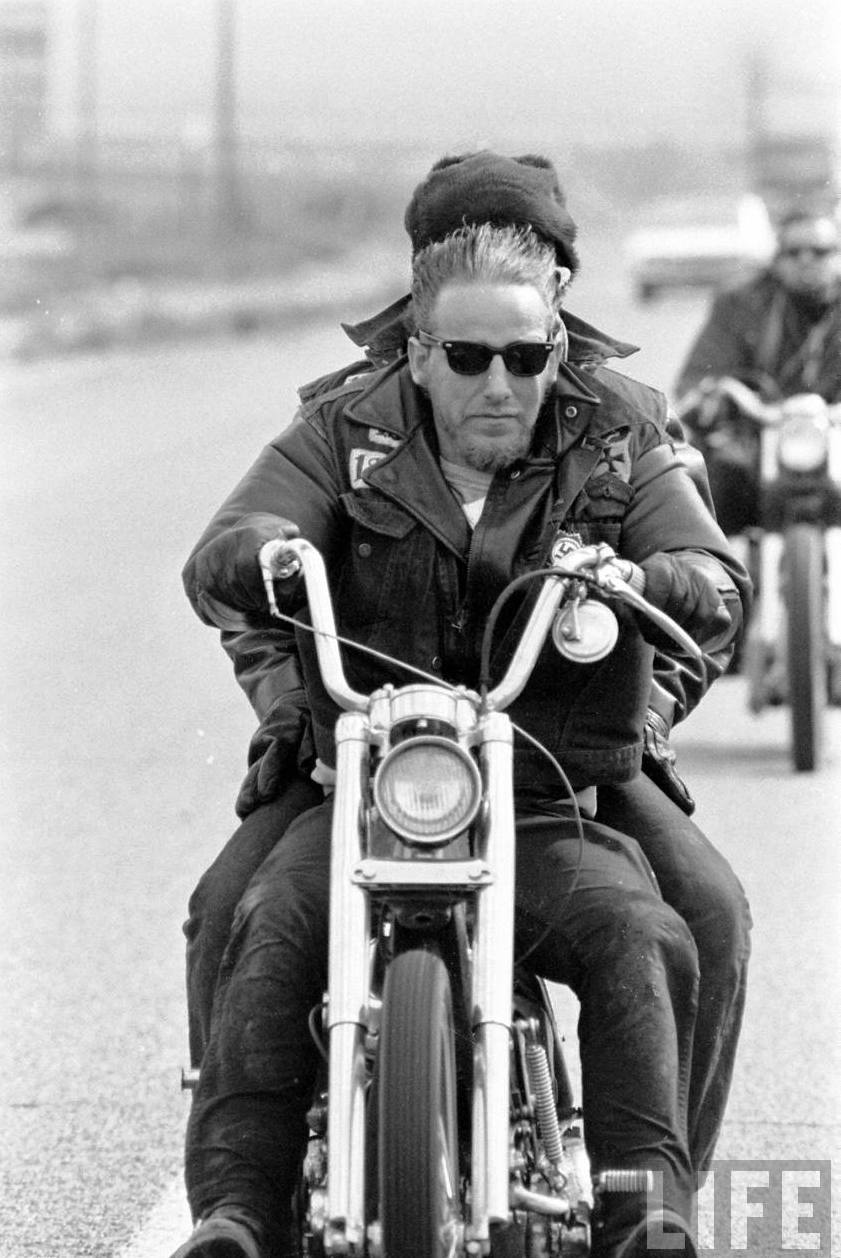 Thanks to Guy at Greasy Kulture for turning me onto this book by Bill Ray called "Hells Angels of Berdoo '65- Inside the Mother Charter."  I'm behind the times and most of you probably know about this hardcover gem but for those like me who don't or didn't the book covers the insane 1965 photos that are posted on the Google Photo Archive and that were shot in Bakersfield by Bill Ray.

Above is Otto Friedli with the craziest panhead I've seen to date and the President of the Hells Angels in 1965.  So if you dig Bill Ray and want to support him pick up the book HERE!  You can preview the entire book, which is 75 pages or so and tells the story behind the pictures.  I just ordered my copy and though its about $90.00 with shipping its definitely a book worth having as these iconic photos have inspired many bike builds and will for so future builders and enthusiasts!
Posted by Stretch at 5:20 PM