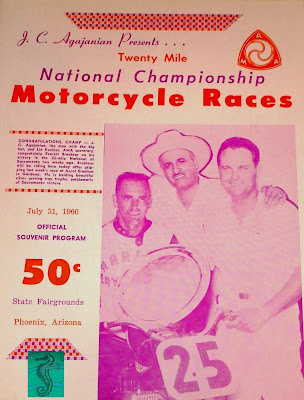 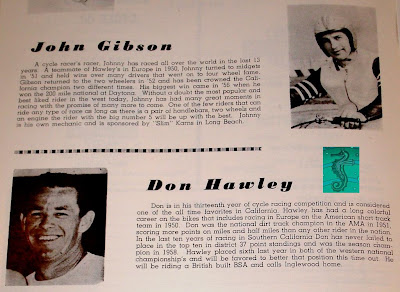 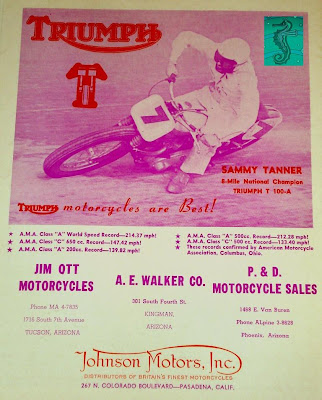 I picked up this program last year when I was over in Catalina for the 50th Anniversary of the Catalina Grand Prix. This program was supposedly from the collection of the legendary Bud Ekins, though I have no way of proving that. On an interesting note, the racer Don Hawley, shown in the center picture, was Donnie Hawley's grandpa, of Hawleywood's Barber in Southern Californa. Also, the early Johnson Motors ad on the back is great as well when Johnson was in its heyday and not owned by some guy who just bought rights to the name to sell some hotrod books and cheeseball repop t-shirts.
Posted by Stretch at 10:21 PM